The ICAA Washington Mid-Atlantic and AIA|DC chapter hosted Chris McVoy (Senior Partner and Design Architect for Steven Holl Architects) and Edmund Hollander for a sold-out tour and conversation about the REACH at the John F. Kennedy Center for the Performing Arts weeks after it opened on October 2, 2019.
The REACH, the recent expansion of the John F. Kennedy Center for the Performing Arts, is designed by architect Steven Holl and the firm’s team, led by Chris McVoy. Its three contiguous pavilions are set amidst 130,000 square feet of landscaped property designed to integrate the REACH’s interior and exterior space, executed by HOLLANDERdesign|Landscape Architects. Forming a unified campus with the Kennedy Center’s original Edward Durell Stone building, the REACH creates a connection to the adjacent Potomac River and other monuments. 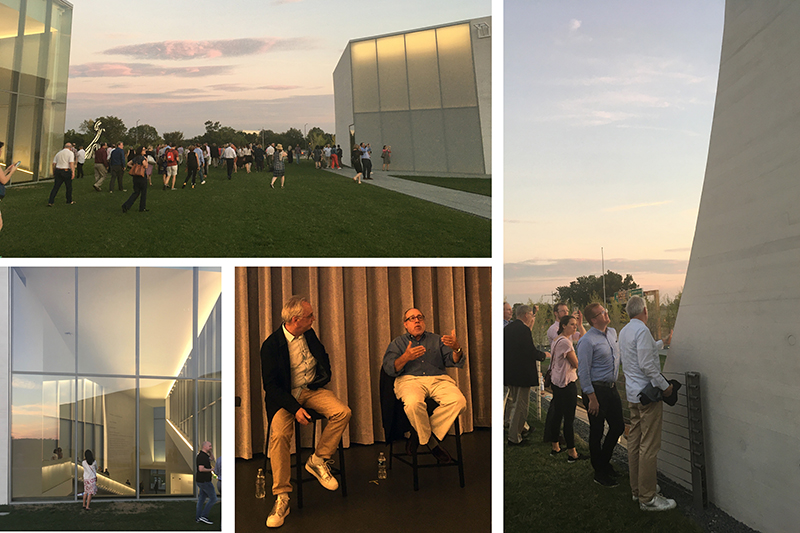