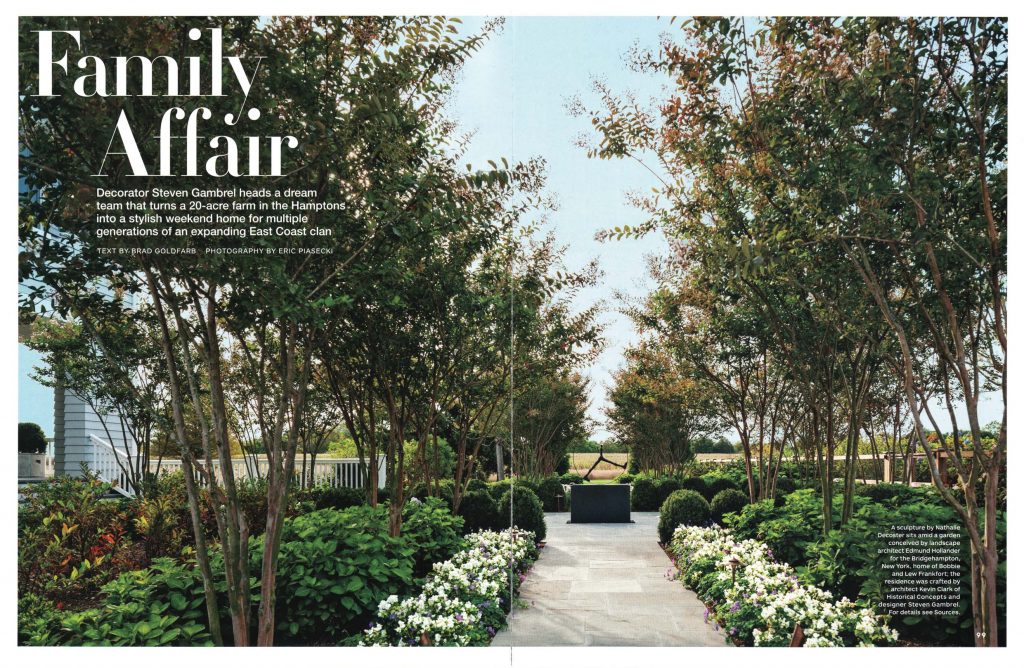 “One of the challenges of a long-held family vacation home is that as time passes and the number of occupants grows, it becomes increasingly difficult to squeeze everyone in. Such was the case for Bobbie and Lew Frankfort, who spent many summers with their three children in a much-loved house in Sagaponack, New York. “The family grew up,” explains Lew, the chairman New York City-based emeritus of Coach. “Kids got married and had children of their own, Bobbie’s mother moved in with us, and the property just wasn’t sufficient anymore…”

“Landscape architect Edmund Hollander, brought in to take the extensive grounds from their agricultural past to a more estatelike present, incorporated gardens, broad sweeps of lawn, and groves of fruit trees. Close to the dwelling, classic elements such as boxwood and hydrangea were called into play, while the home’s dramatic approach was lined with plane trees. “It’s a landscape designed for socializing,” says Hollander, pointing to the multitude of gardens and terraces where family and friends can congregate. 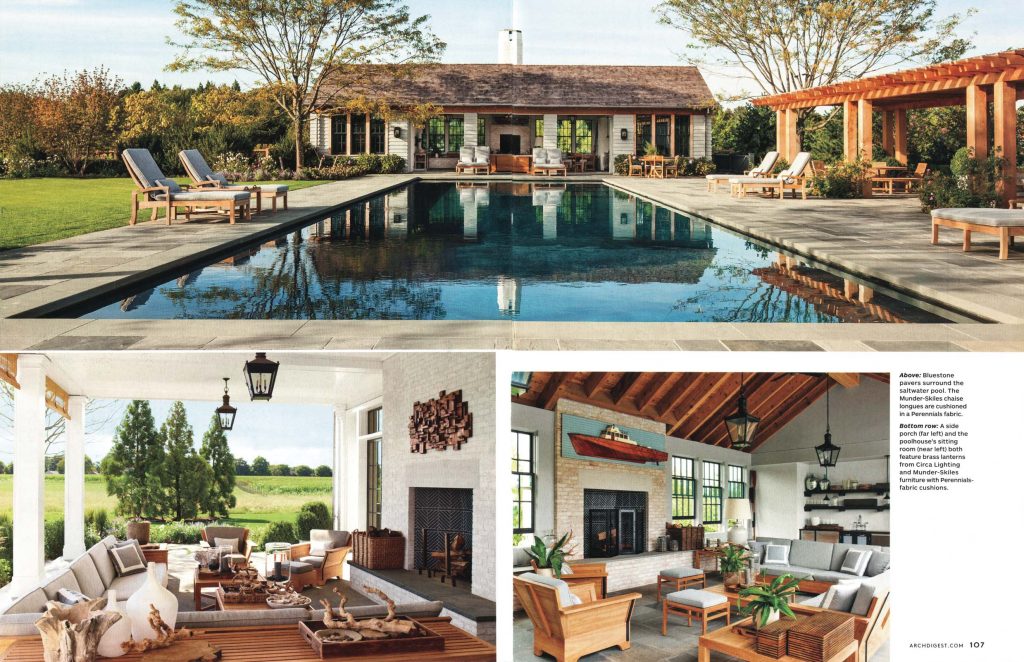 “It’s fitting, then, that within days of moving into the house last August, the Frankforts hosted a party for 150 people in honor of their 40th wedding anniversary. That date was a target from the moment they broke ground. So, Lew says, ‘we had to finish on time.'”